You’ve decided you want to get into real estate or that it is time to make a brokerage move. Congratulations! It’s a great industry with a lot of opportunities and great choices.

But now you have to decide what kind of brokerage you want to join. Should you go with a big, well-known franchise like Keller Williams? Or should you go with a smaller, independent firm? There are pros and cons to both choices, and it’s important to weigh them carefully before making a decision.

The Pros of Joining Keller Williams

Keller Williams is one of the largest real estate companies in the United States. In fact, Keller Williams has 188,121 agents worldwide and listed 728,900 properties last year. That means they have a lot of resources, including money for marketing and advertising, cutting-edge technology, and comprehensive training programs. And because they’re so big, they’re also well-known. That can be a big help when you’re starting out and trying to build your business.

Another plus is that Keller Williams has solid commission splits—you can keep more of the commission on each sale than you would at some other firms. They offer a 70-30 split.

What Is The Keller Williams Commission Split?

And if you’re willing to put in the work, there’s also the potential to earn profit share. That’s where you get a percentage of the company’s profits based on your performance.

The Cons of Joining Keller Williams

When you are as large as KW you have plenty of critics, including competitors like eXp and former executives. While you should take some of these complaints and critiques with a grain of salt, they make some valid points you should check out before joining.

So it goes without saying that there are some disadvantages to joining a franchise like Keller Williams. The biggest one is that you’re not exactly your own boss—you have to follow the company’s rules and regulations. And because they’re such a large company, those rules can be inflexible. One thing we’ve heard from those leaving KW, is that they are excited to truly build their own brand free of the corporate hierarchy.

Another downside is that Keller Williams takes a cut of everything you make. So even though their commission splits are solid, you’re still giving up a percentage of your earnings compared to if you went independent.

Are There Other Hidden Fees At Keller Williams?

Yes! The agent is also responsible for paying franchise fees of 6%, so you can think of it as 64% of the commission that you actually take home not 70%. There are also insurance fees on every deal, desk fees, technology fees, and some other miscellaneous fees.

There’s no easy answer when it comes to deciding whether or not to join a franchise like Keller Williams. It depends on what’s important to you and what kind of business you want to build. If you’re looking for training, resources, and brand recognition, Keller Williams could be a good choice. But if you want more control over your business and keep more of your earnings, going independent might be the way to go. Vantage Realty Group provides an overviewAgent regarding franchises vs independents in this helpful blog post if additional clarity is required in order to make this momentous decision! The Power of Real Estate Farming Letters to Grow Your Business

8 Reasons Why A Real Estate Magazine For Clients Is A... 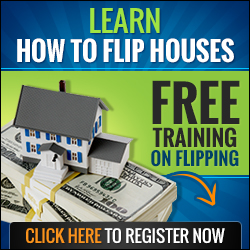 The Power of Real Estate Farming Letters to Grow Your Business

Are You a Trusted Agent? Practical Insights Into Building a Credible...

How Social Media Helps In Growing Your Real Estate Business